Sometimes you see an action figure announcement for a franchise for which you’ve literally been waiting decades that makes you pinch yourself to make sure you aren’t dreaming. Earlier this year, Square Enix formally announced its action figure of Fei Fong Wong, the protagonist from the 1998 Playstation classic JRPG “Xenogears,” as part of its 1/12 scale Bring Arts line, which left me swooning and feeling weak in the knees. I played Xenogears during my youth and the game, with its complex plot that mixes Nietzschean philosophy and controversial religious themes together with Giant Kick Ass Robots, left a deep mark on my easily impressionable teenage mind.

While the series would go on to spawn loosely affiliated spin-offs such as the Xenosaga and Xenoblade series, Xenogears itself was often treated as the red headed step child of that era and never received the follow up treatment that it deserved. I had long accepted that the lonely void in my heart, which can only ever truly be filled by owning a fully articulated plastic three dimensional rendering of my favorite characters, would forever remain unsatisfied. Needless to say, I was absolutely floored to see that I could die a happy man knowing that one of my favorite characters from this cult classic would soon adorn my shelves.

However, earlier this week Square Enix released photos of additional Xenogears figures for Elly “Elehayym” Van Houten, one of the game’s other protagonists, and Weltall, the mechanoid “Gear” piloted by Fei over the course of the game. The figures look absolutely amazing and are more or less faithful to their pixelated counterparts. After two decades of almost complete radio silence, Square Enix has been pushing the Xenogears brand pretty hard as part of the game’s 20th anniversary. Today’s announcement gives me hope that additional characters from the game (and more Giant Kick Ass Robots) will be released. Grahf and Weltall-Id anyone? Further, the diversity of figures for this line leaves me optimistic that Square Enix will branch off into other long neglected JRPG classics, such as Chrono Trigger, as part of the Bring Arts line. 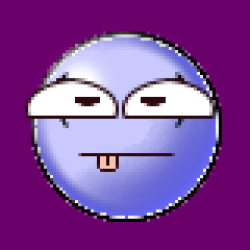 Latest posts by doobert (see all)

This site uses Akismet to reduce spam. Learn how your comment data is processed.