The year 2020, so far, for many has been a rough year keeping most people stuck inside at home. Luckily, we have the internet to keep in touch with whats going on in the outside world. Thankfully for Fortnite game and action figure fans Mike DeCamp, Senior Business Development Manager at Jazwares, who has worked exclusively on the Fortnite line and has been with Jazwares for over 21 years has started a new channel streaming on Twitch. Check it out here.

Over the last few months, Rekt Agent has been streaming and growing an awesome community of friends. On the streams, Mike talks about action figures and not just the ones that he designs. Though, when he does talk about the Fortnite line he gives an in-depth look into the designs of the figures such as articulation all the way down to the fingertips. He also shares retrospective information on Fortnite action figures such as preproduction prototypes and sketches. Mike travels around the world with Jazwares for Toy Fair and other conventions and shares many great stories of his travels on the stream.

Rekt Agent not only talks toys on his stream, though. He also plays Fortnite with the community, staying up late trying to get that rare win. When Rekt agent is not doing any of the above he’s just hanging out, jamming on his guitar playing covers and original music he wrote.

So, if you are into Fortnite, action figures, music, or you are just stuck at home one evening we invite you to subscribe to Mike’s Twitch channel. Join a great community of toy collectors and friends, become a Rekt Agent, and carry us to a rare win! 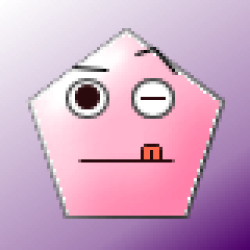 Latest posts by jefflull (see all)

This site uses Akismet to reduce spam. Learn how your comment data is processed.